Yoga and Veganism: It's Easy Being Vegan AND Green! 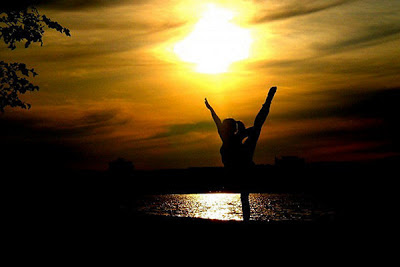 Recently I completed a yoga teacher training program. A requirement of the training was to complete a creative project. My project was about veganism and how it relates to yoga. Many yogis are vegetarian (and many are not). My intention for the project was to educate others on why a vegan diet most closely follows the principles of yoga.
For the non-yogis out there, I have outlined below a brief explanation of yoga beyond the postures or poses (asanas). Most Westerners think yoga is just another ”workout” or a series of stretches. As you will see, yoga is much more than the physical practice.
Yoga is thousands of years old and was documented by Patanjali — the father of yoga. Patanjali wrote The Yoga Sutras including the eight limbs of yoga. It is estimated Patanjali wrote the Sutras between 200 B.C. and 200 A.D. The eight limbs of yoga provide the steps one can take to attain enlightenment. The first four limbs are considered the outer stages of yoga and the last four are the inner stages. 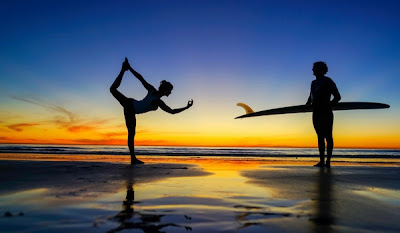 The eight limbs of yoga are (in Sanskrit and English):
It is in the Yamas that Patanjali states that a yogi should eat a vegetarian diet.
Now, on with my creative project.
********

Yoga and Veganism: Does it matter what a yogi eats?

The first of the eight limbs of yoga are the yamas (ethical disciplines). The first yama is ahimsa.
Ahimsa = Non-violence or non-harming. In a positive context, ahimsa could be defined as peace and love. 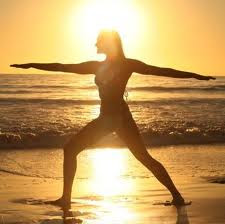 From Light on Yoga by B.K.S. Iyengar:
“The word ahimsa is made up of the particle ‘a’ meaning ‘not’ and the noun himsa meaning killing or violence. It is more than a negative command not to kill, for it has a wider positive meaning, love. This love embraces all creation for we are all children of the same Father – the Lord. The yogi believes that to kill or to destroy a thing or being is to insult its Creator.

What is the difference between vegetarians and vegans?

Vegetarians do not eat meat and fish but do eat eggs and dairy. Vegans do not eat meat, fish, eggs, or dairy; buy and use only cruelty-free products not tested on animals and free of animal by-products; and do not buy leather, fur, wool, down, or silk.

To many this is an extreme lifestyle, however, a vegan diet reduces more suffering on Earth than any other diet. Although a vegetarian diet reduces suffering, a vegan diet reduces more and is a path that leads to greater peace and compassion on this planet.
Typically, yoga is associated with a vegetarian diet, but dairy and eggs are not produced in the same way as they were when Patanjali wrote the Yoga Sutra’s and defined the Eight Limbs of Yoga including the suggestion that yogi’s eat vegetarian. Another possibility is that the definition of vegetarianism has changed over time.
Factory Farming didn’t exist thousands of years ago. Cows and chickens were raised where they could roam and by families on small farms. Unfortunately that is not the way farm animals are raised today — most of the time.
Dairy cows are impregnated by force, constantly pregnant or lactating until they are no longer of use and then sold and slaughtered for meat, and the male calves are taken away immediately either to be raised and slaughtered for veal or to be raised and slaughtered for beef.

Eggs come from chickens living in tiny cages, several birds stuffed into a cage and smashed up against each other without access to sunlight and room to spread their wings — for their entire lives. Even cage-free eggs come from hens that have had their beaks mutilated by force, so they won’t harm each other; and the hatcheries, where these hens are raised, destroy male chicks immediately since they cannot lay eggs, as if useless. Isn’t all life important?
Yoga is beautiful and meaningful yet the truth about the food we eat is often overlooked or ignored because it is a difficult subject and change is challenging for people. On the other hand, the truth will set us free to live our lives: Awake. Aware. Conscious. Turning our heads the other way certainly won’t stop the violence and suffering nor change the truth. (Sources: Vegan Outreach and humanemyth.org)
********
This was a brief attempt to raise awareness in the local yoga community. In addition to the above information, I provided some of my favorite recipes along with a list of resources and local restaurants. I also included pamphlets from Vegan Outreach, Vegetarian Resource Group, andMercy for Animals. To my surprise, this project was met with an openness and curiosity that I did not expect. Since presenting the project to my peers, my teacher asked if I would do the same for each of her teacher training classes in the future, and I have already presented it to two more classes. Again, there was an openness from most of the students that surprised and delighted me. Some were already vegetarians but really interested in learning more about being vegan. It was a great experience. I encourage all vegans to find some way to raise awareness.

Never doubt that a small group of thoughtful committed citizens can change the world. Indeed, it is the only thing that ever has.
~ Margaret Mead

Earlier this month a new book was published called Yoga and Vegetarianism: The Path to Greater Health and Happiness

. It was written by Sharon Gannon, a yoga teacher and co-creator of Jivamukti Yoga. In this book, she eloquently and thoroughly outlines how a vegan lifestyle is aligned with each Yama (Ahimsa (nonviolence), Satya (truth), Asteya (non-stealing), Brahmacharya (sexual responsibility), and Aparigraha (non-coveting/non-greed)). I highly recommend this book for all students and teachers of yoga, or anyone who wants to learn more. Hopefully this book will bring out the spiritual activist in everyone who reads it.
Namasté.
~~~~
Lokah Samasta Sukinoh Bhavantu
May all beings everywhere be happy and free and
may the thoughts, words, and actions of my own life
in some way to that happiness and to that freedom for all.
Posted by xanaland at 12:38 AM